Of all the people that support the giant and diverse garment industry, none are greener than those in the fur trade. Let’s look at the three largest groups.

The trapping of wild furbearers is an excellent example of the sustainable use of renewable natural resources, a keystone of modern conservation policy. Here’s why: Most furbearing species produce more young each year than their habitat can support to maturity. Nature’s methods of restoring balance include starvation, disease, and fighting for territory. Trappers take part of this natural surplus using modern methods that are much more humane, leaving remaining furbearer populations healthier and more stable. There are more than 250,000 licensed trappers in North America today, strictly regulated by state, provincial, and territorial wildlife departments to ensure that fur we use comes only from abundant populations, never from endangered species.

Wildlife managers see trappers as their eyes and ears on the land, and with good reason. Since trappers depend directly on nature for their livelihood, they have a vested interest in being good conservationists, and are often the first to sound the alarm when wildlife habitat is threatened by pollution or human development.

Trappers also help wildlife managers in a variety of other ways. For example, when wildlife managers want to relocate live animals to other areas, or tag them to track their movements, the skills of trappers are indispensable. Or trappers may be called upon to control populations that are posing threats to endangered species, property, or human health. For example: overpopulated beavers can flood homes, roads, fields, and forest habitat; coyotes are the main predators of young calves and lambs, and now even pet dogs and cats in many urban areas; raccoons, foxes, and opossums spread rabies and other dangerous diseases; and the list goes on.

Trappers are also green when it comes to their dislike of waste. When a fur pelt has been harvested, the carcass is often eaten also, particularly if it’s a delicious species like beaver, muskrat or lynx. Indeed, in many First Nations and other remote communities without supermarkets stocked with frozen chicken, furbearers can be important sources of animal protein. As for those species that people don’t eat, like coyote and mink, their carcasses are left in the forest for other animals to eat during the long, cold winter. Nothing is wasted. 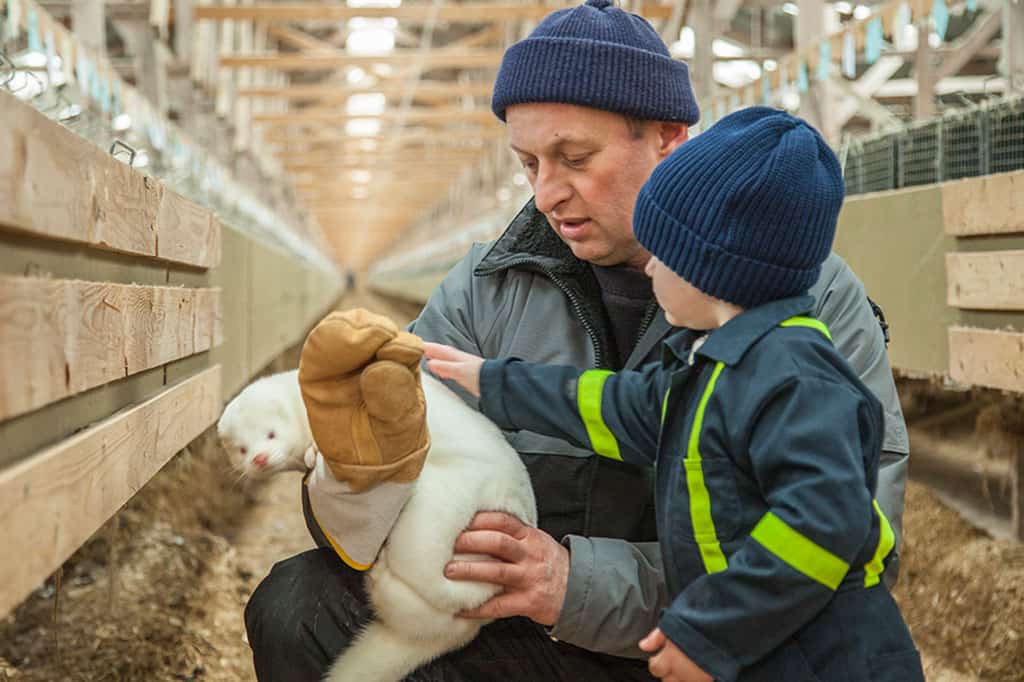 The greenest aspect of fur farming is one it shares – to a greater or lesser degree – with all types of farming: it reduces pressure on wild resources, and thereby plays an important, if indirect, role in support of conservation.

Fur farming today meets much of the world’s consumer demand for fur, but it wasn’t always so. Before fur farming took off in the last century, wild furbearers were the main source of fur, and trapping wasn’t nearly as strictly regulated as it is today. So when demand was high, harvests were often unsustainable, and many populations of furbearers fell to low levels. But today, a combination of fur farming, stricter trapping regulations, and improved understanding of wildlife management, means that over-harvesting of wild furbearers is a thing of the past. It’s also important to note that while only a few furbearer species are suited to farming, all wild furbearers have benefitted. Garments made of farmed mink or fox are not only top quality, they are also extremely competitive price-wise with wild furs like lynx or marten.

Fur farming is also green because it minimises waste – and not just its own! Fur farmers reduce the waste of human food production by feeding their mink and fox the parts of chickens, pigs and fish that we don’t eat, plus expired cheeses and eggs. Fur farms also minimise their own waste. For example, the manure, soiled straw bedding and carcasses are composted to make organic fertilizers to replenish the soil, completing the agricultural cycle.

Another environmental benefit of fur farming is that it provides much-needed job opportunities. Across rural North America in recent decades, agriculture has become more mechanised, resulting in depopulation for many communities. Fur farming, however, helps slow this trend because in can be practised in places unsuited to most types of commercial agriculture. Fur farming requires little land, does not need fertile soil, and is suited to areas with long, cold winters. 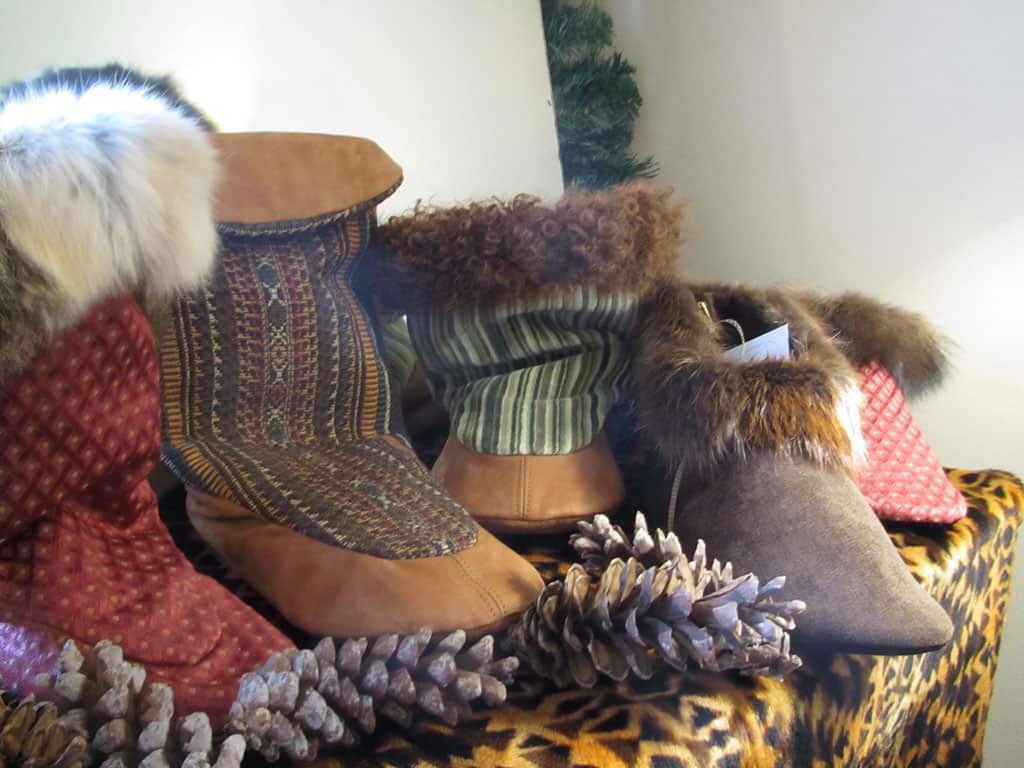 Fur is a renewable natural resource, and fur garments are long-lasting, recyclable, and ultimately biodegradable. Making them even greener are the ways craftspeople transform this remarkable natural material into beautiful, warm, and functional clothing.

Whether in a Nunavut home or big-city atelier, a craftsperson’s workspace is remarkably low-tech and energy-efficient. Pelts are cut by hand with a furrier’s knife, then stretched and blocked by hand using only a modified staple gun, and assembled with low-power sewing machines. “Finishers” then sew in linings, buttons, and other accessories by hand.

Then there’s the role craftspeople play in making long-lasting fur last even longer. If a fur garment is properly cared for, it can last for decades, but that can also mean it goes out of style. Or maybe part of the fur is damaged while the rest is still in great shape. Skilled fur craftspeople can then take it apart and restyle it into a “new” garment, or repurpose it as a vest, pillow case, bed throw or fashion accessory. There are no other clothing materials with which this is done.

Fur craftspeople also hate waste. Cutting pelts to patterns inevitably leaves a pile of small scraps, but they’re too valuable to throw away. Instead, they are sorted and assembled into larger pieces known as “plates”, typically measuring 2’ x 4’, that are then used to make more garments. (The making of plates is actually standard procedure when working with small pelts, such as squirrel or mole.)

Thanks to the skill of these remarkable craftspeople, fur apparel can last a lifetime, and is often handed down to daughters and grand-daughters to be worn “vintage”. Furriers often see mink and other fur garments that have been worn for 30, 40 or more years. It’s hard to be more green than that in your clothing choice!

Are those videos going around for real? 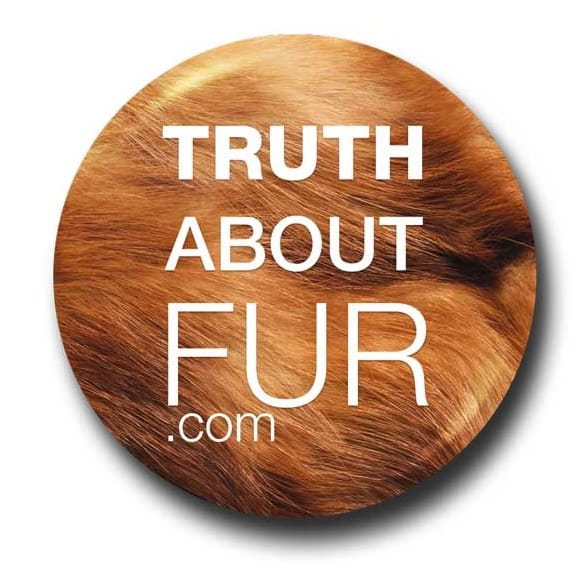